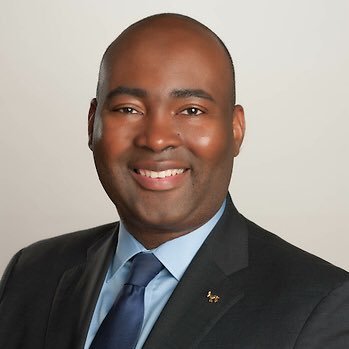 To Jaime Harrison, character always matters, hard work is in his bones, doing what’s right is a way of life, and making good on his debt of gratitude to South Carolina is a lifelong commitment.

The son of a single teenage mom, and raised by his grandparents in Orangeburg, South Carolina, Jaime overcame the challenges of grinding poverty with the help of teachers and mentors who believed in him. From a mobile home to Yale University and Georgetown Law, Jaime never forgot who he was or where he came from.

Now, Jaime is running for U.S. Senate to fight for opportunity for all South Carolinians. Jaime knows that when your community needs help, party labels don’t matter.

As a young boy Jaime learned to read with comic books, and as soon as he was able to sound out the words he was helping his grandparents read their bills. He didn’t understand all the words he was saying, but he knew that too often, they simply didn’t have the money to pay them.

Jaime knows what it’s like for a family to have to choose between paying the electric bill and putting food on the table; he remembers eating cereal with water, because they couldn’t afford milk.

But thanks to a good public school education, faith, and a loving family and community, Jaime was able to earn a scholarship to Yale University and attend Georgetown Law. After college, Jaime came back home to Orangeburg to teach at his old high school, then worked to help empower kids like him go to college. Jaime served as an aide to legendary South Carolina Congressman James Clyburn, and then worked for some of the biggest employers in South Carolina, such as the Port of Charleston and the University of South Carolina.

In 2013, Jaime was elected the first African American chair of the South Carolina Democratic Party, a position he held until 2017. Jaime and his wife Marie live in Columbia, South Carolina, where they raise their two young children.

Now, Jaime is running for U.S. Senate to fight for opportunity for all South Carolinians, and he’s willing to work with anyone to do it. Because when a rural hospital closes, or coverage for pre-existing conditions is threatened, the health of all South Carolinians is put at risk. These days, Wall Street is doing great, while middle class South Carolinians feel like they’re just barely hanging on. Jaime will fight to invest in schools and training, and to end the student loan debt crisis.

As the next U.S. Senator from South Carolina, Jaime will carry these values and lessons with him every day. Jaime knows that what you say matters — and that character counts.