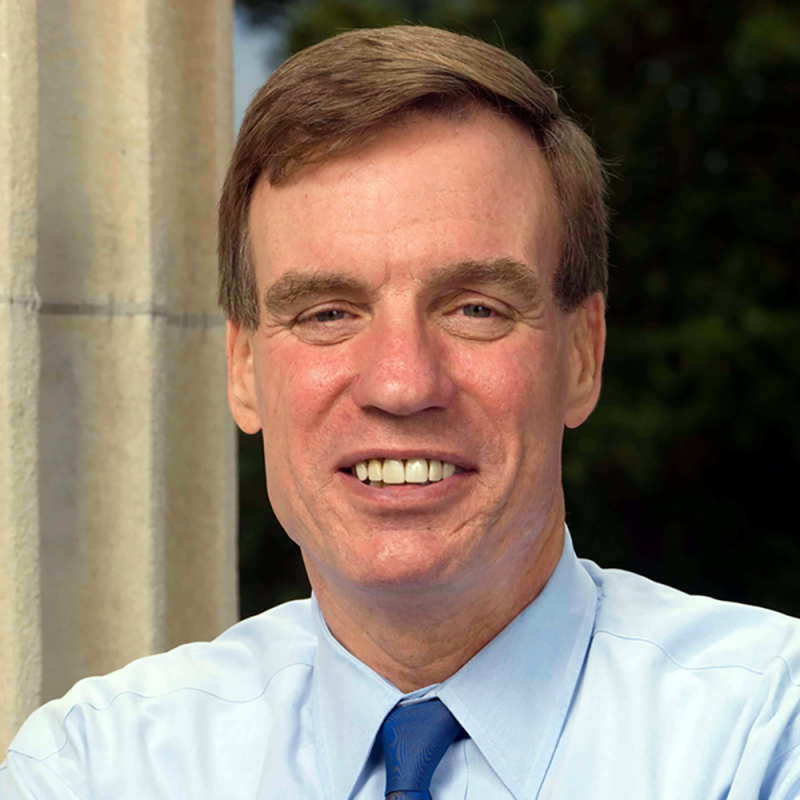 The first person in his family to graduate from college, U.S. Senator Mark Warner spent 20 years as a technology executive and business leader in Virginia before being elected governor on a promise to move the Commonwealth forward.

As governor, he worked across the aisle to bring 130,000 new jobs to the Commonwealth. He also helped lead Virginia into the 21st century with the installation of more than 700 miles of broadband, connecting nearly 700,000 people to the internet. When he left the governor’s office in 2006, Virginia was ranked as the nation’s best state for business, best managed state, and best state in which to receive a public education.

As Virginia’s senior Senator, Mark is focused on the challenges our country faces next, from the out-of-control cost of health care, to climate change, to automation and the future of our economy. He has championed lowering the cost of prescription drugs, fought to protect our natural treasures like the Chesapeake Bay, and found innovative ways to create jobs in Virginia.

Mark believes that our government should be responsible, accountable, and transparent.

When he learned that funding to Historically Black Colleges and Universities (HBCUs) had lapsed, he passed a law to restore that funding. When he discovered the terrible state of housing for our servicemembers and their families, he passed a law to hold the landlords exploiting them accountable. And, as our country’s deficit climbed to over a trillion dollars, Mark passed a law to make all federal spending information publicly available on the internet.

Mark serves as the vice-chair of the Senate Intelligence Committee and is committed to strengthening our national security. He has been a vocal advocate urging the country to take foreign technology threats seriously. Charged with investigating the extent and impact of Russian meddling in the 2016 election, Mark’s investigation was praised by both Republicans and Democrats for being conducted in a thoughtful, judicious, and bi-partisan manner.

Mark and his wife, Lisa Collis, live in Alexandria, Virginia. They have three daughters.